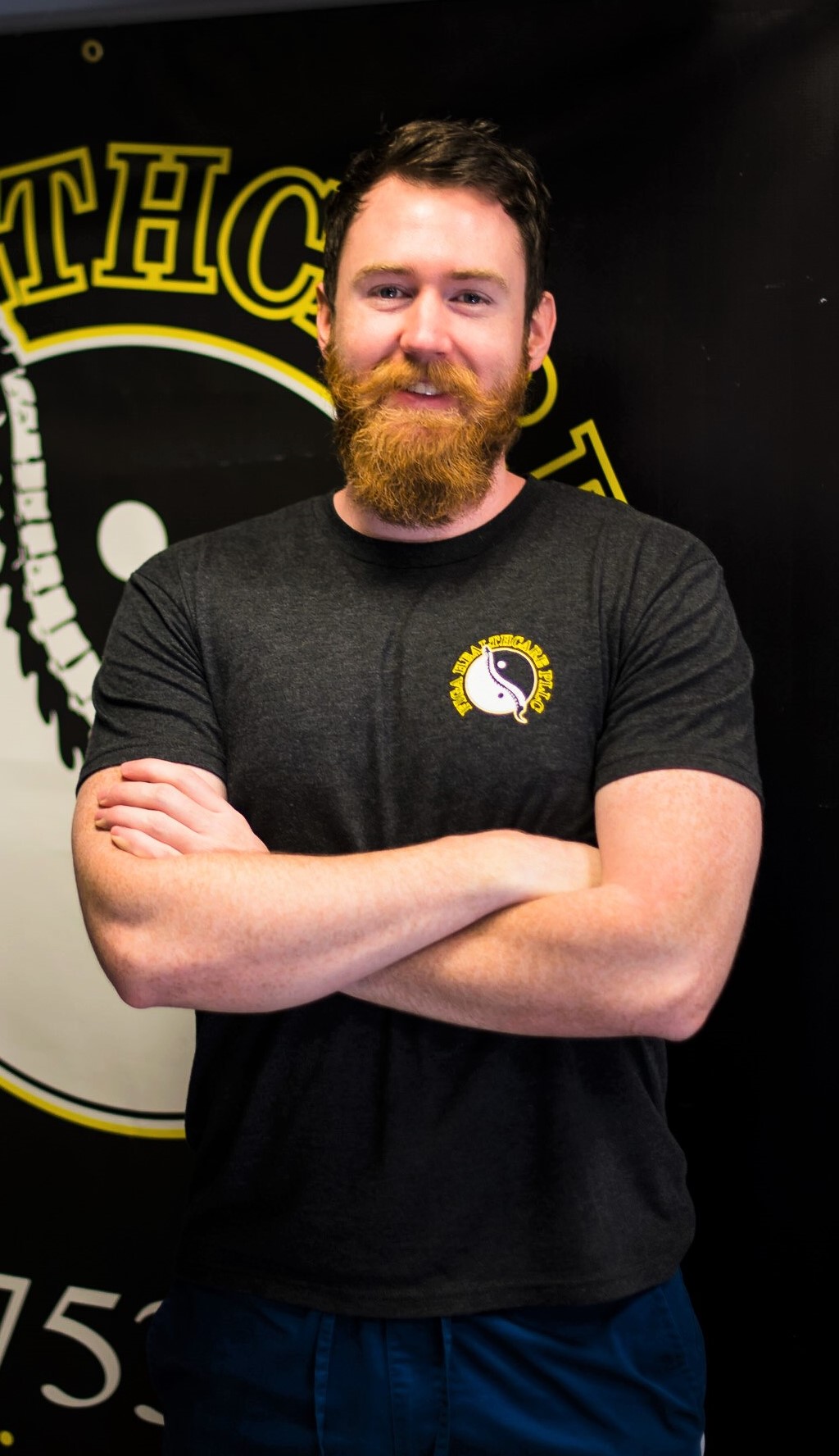 Dr. John was born in Tallahasse, FL, but raised primarily in the Kansas City, KS area. While in highschool at Shawnee Mission East, John was a member of the Cross Country team and track team where he competed in the 800m run, javelin throw, and pole-vault. During his Junior year he developed lower back pain and sciatica down to the knee of his right leg, likely caused by weight training. He dealt with the pain for about 6 months before seeking the care of his family Chiropractor and a physial therapist. Over the course of a few months the symptoms started to resolve, but left him unable to compete in his senior year of athletics.

After graduating high school John attended The University of Kansas for his undergraduate degree where he recieved a Bachelors of Science in Organismal Biology in 2011. While at KU he was a pre-med student, but after shadowing a few MDs he decided he wanted a more hands on type of medical profession. Due to his experience with chiros and physical therapists in highschool he was attracted to both of those professions. When graduation was approaching he made the decision to attend Cleveland University - Kansas City for his Doctorate in Chiropractic. While at Cleveland, John was a member of several student clubs focused on developing palpation and adjusting skills. He also sought out many seminars outside of school to further develop his skillset. He attended many seminars from the Motion Palapation Institute, and became certified in FAKTR, SFMA, Rock Tape, ART, and DNS therapies. John graduated from Cleveland University - Kansas City with his Doctorate of Chiropractic in 2016.

Following graduation from Chiropractic school John moved to Europe for two and half years where he practiced locally around an American/Polish military base. While in Europe he was able to visit many different countries and experience the variety of cultures Europe has to offer. In January 2019, John moved to Arizona to be closer to family. After getting licensed in the state of AZ, John started working at Figa Healthcare on May 6, 2019. He has since earned his certificate in Dry Needle Therapy in order to offer the most complete levels of care to patients.